In 2015, a race of alien Others conquered Earth. They enslaved humanity not by force, but through an aggressive mind control that turned people into contented, unquestioning robots.

Except sixteen-year-old Althea isn’t content at all, and she doesn’t need the mysterious note inside her locket to tell her she’s Something Else. It also warns her to trust no one, so she hides the pieces that make her different, even though it means being alone.

The autumn she meets Lucas, everything changes.

Althea and Lucas are immune to the alien mind control, and together they search for the reason why. What they uncover is a stunning truth the Others never anticipated, one with the potential to free the brainwashed human race.

It’s not who they are that makes them special, but what.

And what they are is a threat. One the Others are determined to eliminate for good.

This book is seriously scary! Awesome but scary!

I started this book having read the synopsis quite some time ago. I only remember wanting to read it. The cover is really interesting too, it pulls you in. So, I dove in, not reading the synopsis again because heck, I have the book, why read it?

Twenty percent through I stopped to run to Goodreads to find out what the hell was going on!!? I mean really? I had to put it down for sleep but I picked it back up first thing and have loved every minute inside of this book. It’s seriously creepy though and I can actually SEE this happening. The plot is amazing and completely dystopian so of course right up my alley. But you’re left wondering what is going on, well that’s probably because I didn’t read the synopsis, but still. I did not know until the end of this where things were going to go. I love that!

The characters are amazing. I absolutely love Lucas, he is great for Althea. It’s Deshi that I’m really worried about. He leaves you guessing the entire way through the book. And Leah, she’s an odd one that I could not work out either.

If I don’t leave now I’ll be late for Cell, but I give myself another minute. As I lay in this bright, natural, alive place, I’m not even sure the Others exist at all-their world is so flat, like a drawing in  a textbook.

As I scurry back over the fence with slightly more grace, I know I was wrong.

The Others aren’t controlling everything.

They’re not in control of me. — Althea

Trisha Leigh gives us a story that is real, the plot, the characters, the timing of everything. She gives you information as you move along, never loading you down with all that is going on. As Althea learns, we learn and it’s a gradual but good pace. Also as we see Althea’s powers emerge it’s not like one day she has powers and the next she can kick ass, again it’s a gradual process for her powers to start to develop and I have a feeling we’ve just hit the tip of the iceberg.

If you like dystopian, or heck horror, you’ll love this. It’s not blatant in your face horror either, it’s the psychological kind that creeps up on you and gives you nightmares!! This is an amazing story and I can not wait to read book two, Winter Omens. Just to warn you, there’s a bit of a cliff hanger but you learn enough in Whispers in Autumn so you never feel let down, I just want to know more and that’s always a good thing at the end of a story! 😉 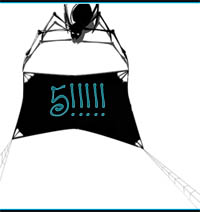 Althea and Lucas barely escaped the Others’ clutches in the autumn, and were separated in the process. Alone and on the run from the cruel alien race determined to exterminate her, Althea struggles to adapt and survive in a world she never imagined.

When a boy named Pax appears out of nowhere, he quickly recognizes Althea for what she is – a human/Other hybrid just like him. Althea begs him to help her find Lucas, but Pax refuses, intent on following his own mysterious agenda.

The Others’ presence continues to devour the planet’s resources, and if history is an indication, they won’t leave until Earth is destroyed beyond repair. Althea and Pax sense the only way to save themselves – and maybe their home – is to understand the powers simmering inside them.

Together they push the limits of their capabilities in the quiet Wilds, but are soon confronted with a terrifying fact: no place is safe from the relentless pursuit of the Others.

Least of all their own minds.

Doesn’t this book sound awesome! Nothing has given me nightmares for a while and this one really did. It creeps up on you! Do you enjoy books that give you nightmares or make you think about them for days on end?