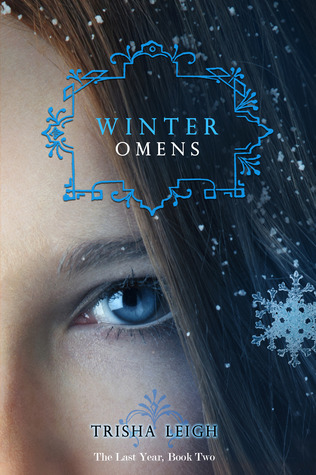 Althea and Lucas barely escaped the Others’ clutches in the autumn, and were separated in the process. Alone and on the run from the cruel alien race determined to exterminate her, Althea struggles to adapt and survive in a world she never imagined.

When a boy named Pax appears out of nowhere, he quickly recognizes Althea for what she is – a human/Other hybrid just like him. Althea begs him to help her find Lucas, but Pax refuses, intent on following his own mysterious agenda.

The Others’ presence continues to devour the planet’s resources, and if history is an indication, they won’t leave until Earth is destroyed beyond repair. Althea and Pax sense the only way to save themselves – and maybe their home – is to understand the powers simmering inside them.

Together they push the limits of their capabilities in the quiet Wilds, but are soon confronted with a terrifying fact: no place is safe from the relentless pursuit of the Others.

Least of all their own minds.

check out this giveaway

Much like the first book, Whispers in Autumn (book review), this book took me by surprise. If you haven’t read the first there will not be any spoilers here but you may want to read my first review before this one as this does pertain to the second in The Last Year series.

First of all, we know there are aliens here but what we still don’t know, are they here to hurt us? We found out early in Whispers in Autumn that they’ve decimated other planets and now they are here. We also now know the characters, who are as fabulous as the first. There’s a few more characters than in the first book but the story flows very well with them and adds some tension.

Again Trisha Leigh gives us more information about the Others but just enough to keep your curiosity whet. Not enough to really let you in on any secrets. We are still learning as Althea learns and so far she hasn’t learned a lot! Driving me crazy! But there is a ton of information in these two books, it could go into information overload but they learn at such a great pace that all this information never drags the story down. I think that is brilliantly done!

Oddly enough my favorite characters in Winter Omens are a dog and a griffin. Althea names the dog Wolf and Wolf tends to act like my pups. He’s absolutely fabulous, intelligent and gives Althea someone to lean on when she feels all alone. Crazy right? Not if you’re a dog owner, which I am and I love them like they are my kids. Wolf is fabulous and once he’s introduced the few times he’s not in the story I get major anxiety worrying about him!

Griffin is another alien but he is like the Cheshire Cat of this story! I love him! I can not yet tell if he is using Althea, Lucas and Pax and that’s something I hope we find out in book three (Trisha, there is going to be a book three right?!!). But really they don’t have many to turn to so they kind of have to trust someone, even if he is a sarcastic shape shifter!

This story was a fabulous second to the first. The tempo never lets up. They learn gradually but they are always on the go, always prepared for a fight, always trying to figure out the next plan of attack. It’s very good and I again can not wait to read the next! 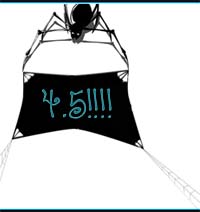 If you enjoy this series, you may also enjoy: