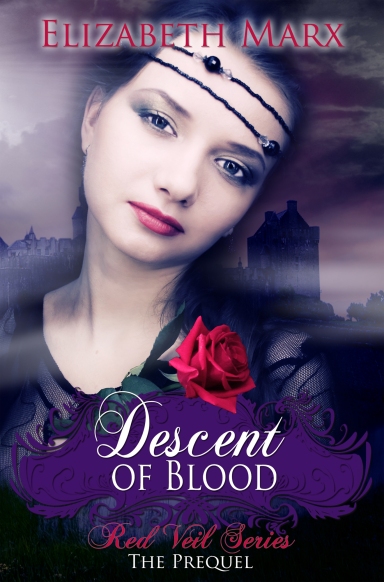 When times are darkest, some vampires desire more than blood …

England, 1465. Mortal men clash in the War of the Roses for the English crown, while vampire warriors’ move undetected among their ranks, savoring the flow of blood that battlefields provide.

Vampire prince, Severian Pearce, fears the revelation of the immortal clans to humankind should King Henry fall from power. While in pursuit of Henry’s enemies, Severian comes to the aid of Meridian Neville, a human woman he craves—and not for the scent of her blood … Meridian is torn between honoring her father’s dying wish and her unexplainable yearning for Lord Severian. But as Severian and Meridian work together to protect a relic hunted by mortals and immortals alike, the red veil descends over them. This all-consuming attraction can drive immortals to the brink of madness. Will the existence of this powerful bond between a human and a vampire be enough to unite the immortal clans or is the red veil a scourge set on destroying any chance they might have of happiness?

When all hope is lost, one vampire will fight unto death for his forbidden love.

Sometimes, love is conceived in the mind of a man long before it is ever realized. 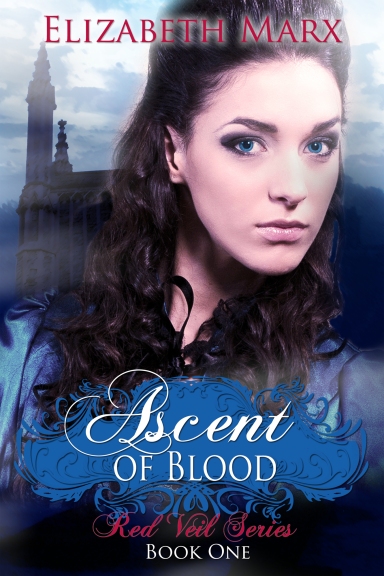 1990, Cardiff, Wales.  Vampire prince, Sebastian Pearce, has waited six-hundred years for the right human mate. His own beloved mother was a mortal capable of carrying immortal offspring. While vampires no longer require live donors for sustenance, Mother Nature has played a cruel trick on them making breeders a rare commodity. As numbers in Sebastian’s Imperial House continue to dwindle, his virgin bride eludes him. That is, until he happens upon a young woman searching for information about a sacred vampire text, the Book of Descent. Sebastian’s desire for her is more potent than anything he’s felt for another woman, but Everleigh Marbut isn’t innocent. She’s an American with a mind of her own, and worst of all, she’s already carrying an immortal being. As Sebastian and Everleigh fight their attraction to each other, they don’t realize they’re being lured into a battle pitting medieval myth against the power of modern science to recreate life until it’s too late.

The destiny of his lineage, and the bond forged between them, now rests in their acceptance of each other as they are.

If you have read the synopsis, you already know how amazing these sound. VAMPIRES!! HISTORY!!! Oh my god…

Firstly, I have to say, Elizabeth Marx can do no wrong in my book. (pun intended!!) Although, I haven’t had the pleasure of reading all of her work, I intend to! Elizabeth never fails to get you completely involved in a book, and in being involved, completely forget that you have a life! Actually, I don’t even want a life when I’m involved with her characters! Her writing is just that amazing, and somehow that simple. It flows with such ease, which I’m sure takes a lot of work to achieve but she makes everything look so flawless! Ok, enough of the fan girling!! Well, I’ll try at least!

Secondly, the way she is able to bring history to life is amazing. I know a great deal about King Henry VIII but not the time in this particular book, and although I tend to shy from History itself, paranormal historical romance just has a ring to it! And this one definitely fits that bill. I don’t know how close to actual history this is but to me it didn’t matter. Elizabeth is able to transport you to another time and you fall in love with every aspect from the word go! Although the second is based in 1990, but still the writing and characters are phenomenal!

Both books have fantastically strong heroines, which I always find amazing but both also have wonderfully strong heroes. Although I think Everleigh was my favorite of the series so far. She’s just sassy and smart and doesn’t mind speaking her mind. The interaction between her and Sebastian was fantastic and she has me laughing out loud a few times.

I would recommend these to anyone that loves to read about vampires. Plots are amazing, plus these are a nice spin on the normal vampire genre. Can’t wait for the next!!!

Windy City writer, Elizabeth Marx, brings cosmopolitan life alive in her fiction—a blend of romance, fast-paced Chicago living, and a sprinkle of magical realism. Elizabeth resides with her husband, girls, and two cats who’ve spelled everyone into believing they’re really dogs. She grew up in the city, has traveled extensively, and still says there’s no town like Chi-Town.