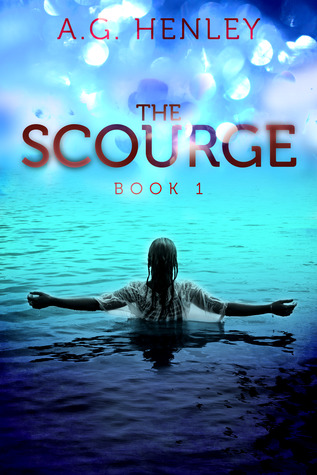 Seventeen-year-old Groundling, Fennel, is Sightless. She’s never been able to see her lush forest home, but she knows its secrets. She knows how the shadows shift when she passes under a canopy of trees. She knows how to hide in the cool, damp caves when the Scourge comes. She knows how devious and arrogant the Groundlings’ tree-dwelling neighbors, the Lofties, can be.

And she’s always known this day would come—the day she faces the Scourge alone.

The Sightless, like Fenn, are mysteriously protected from the Scourge, the gruesome creatures roaming the forests, reeking of festering flesh and consuming anything—and anyone—living. A Sightless Groundling must brave the Scourge and bring fresh water to the people of the forest. Today, that task becomes Fenn’s.

Fenn will have a Lofty Keeper, Peree, as her companion. Everyone knows the Lofties wouldn’t hesitate to shoot an arrow through the back of an unsuspecting Groundling like Fenn, but Peree seems different. A boy with warm, rough hands who smells like summer, he is surprisingly kind and thoughtful. Although Fenn knows his people are treacherous, she finds herself wanting to trust him.

As their forest community teeters on the brink of war, Fenn and Peree must learn to work together to survive the Scourge and ensure their people’s survival. But when Fenn uncovers a secret that shatters her truths, she’s forced to decide who and what to protect—her people, her growing love for Peree, or the elusive dream of lasting peace in the forest.

Wow… my thoughts? Let’s see if I can get it together long enough to actually do a review for this!

The Scourge is a very interesting story with a great twist on zombies. It’s also a bit dystopian. My two absolute favorite genres in one! This village actually has the two tribes and they are always separate save for the water bearer and the keeper. Basically the person that collects the water who is immune to the zombies and the one that protects said person. So far sounds cool right? Well, these two tribes are quite interesting and not only do they have to deal with the Scourge, but also each other. Being in a small community is difficult for anyone but these guys take their communities to another level. It kept me on the edge of my seat wondering exactly who we should trust.

And the characters are great. Fennel is so strong! She is scared to death to be around the Scourge, and no wonder why. But because she is blind she also has the gift of being able to walk among them without them eating her. It’s a gift and a curse as she finds out the first day she is to bear the water. The task is arduous enough without blood curdling screams and the smell of reeking flesh. And Peera helps her through some of her hardest times. As their story together unfolds my love of these two just grew stronger and stronger. But these are two warring peoples. Almost like Romeo and Juliet with zombies. The surrounding people are very interesting as well. Kora is my favorite. A six year old who is just full of laugh and happiness even in such a dreary world. Her exuberance made me smile multiple times!

The plot is fantastic. I did not get off the edge of my seat. Sadly I was at 50% and the bed was calling my name. Ever have a book where you do NOT want to put it down but your eyes feel like you have polished them with sandpaper. I decided I had to get some sleep and the very second I was up I was reading again. This book grabs onto you and holds you that tightly!

What I truly love about this is that it is so different. But it’s also like The Hunger Games with a weird zombie twist. The Hunger Games meets Romeo and Juliet who then had a baby in Patient Zero. Something like that!!! My point is, it was a fabulous read! There are some twists, most of which I enjoyed. Some were thrown out at you that I would have never guessed. But all in all A.G. Henley did a marvelous job of describing a full, breathing, colorful world from the eyes of a blind girl.

A.G. Henley is the author of the young adult novel, THE SCOURGE. She is also a clinical psychologist, which means people either tell her their life stories on airplanes, or avoid her at parties when they’ve had too much to drink. Neither of which she minds. When she’s not writing fiction or shrinking heads, she can be found herding her children and their scruffy dog, Guapo, to various activities while trying to remember whatever she’s inevitably forgotten to tell her husband. She lives in Denver, Colorado. Learn more at www.aghenley.com