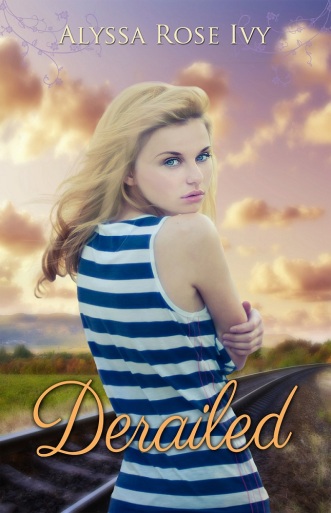 When you’re lost, sometimes the only place you can go is home.

Broken over the death of her fiancé, Molly leaves law school to return to her childhood home in North Carolina. Expecting to lay low until she can figure out what else to do with her life, she finds herself in the arms of her high school sweetheart, the boy who represents everything from the past she tried to leave behind.

Looking for an escape, she instead finds a way back to the girl she almost forgot existed and a future she never dreamed possible.

Only when you let go can you learn to live.

Between the death of her mother and pushing through law school without her best friend, it’s been a tough year for Becca. Needing a break from Boston, she moves to a tiny coastal North Carolina town for a relaxing summer. After bumping heads repeatedly with a local cop, she realizes her summer will be anything but quiet.

Three years after a career ending injury ruins his chance to play Major League Baseball, Gavin has a distrust of northerners and lately girls in general. He wants nothing to do with a girl who is only in town for the summer.

When the two give in to their impossible attraction, they realize that they may just have found the key to freeing themselves from the ghosts of their pasts.

When your past catches up, it’s time to stop running.

Jake Mathews messed up yet again— but this time his misstep lands him in the hospital. He wakes up to find the girl of his dreams and the memory of having his deepest secret revealed.

Emily Taylor needs a break. She’s been working double shifts as a nurse just to pay the bills while trying to heal a broken heart. The last thing she needs is to fall for a patient.

Strapped with community service and the knowledge that he’s disappointed everyone in his life, Jake is determined not to let Emily slip through his fingers. Emily wants Jake, but can she really open herself up to heartache again?

I sadly had not had the pleasure of reading Alyssa Rose Ivy’s books. Thankfully that ended with the Derailed, the first in the Clayton Falls Series. I am in love with these characters. Molly is one hot mess! She leaves her hometown to run away from a problem just to leave her school running from another problem! The real problem is that she doesn’t want to face the really hard stuff in life. But as much as I’d love to shake some sense into her, the girl is fun! Her decision to go back with Ben or date the new and sexy Gavin is hilarious. Well, she probably doesn’t think so, but I certainly did. I kept pulling for Ben but Gavin throws a bit of mystery into the mix. You never know what a girl really wants until she chooses!

The other characters are just as fun. Gavin can get a little pushy but I like that guy. And Ben, ohhh Ben. Who wouldn’t like the guy who is the first love. The guy you never truly get over even when you thought you had moved on?

Before I knew it, he was back at the counter. “Well, time to go back to work. Nice staying away from you today. See you around.” He grinned before disappearing through the door.

“Okay, I didn’t want to have to say it outright, but clearly you’re not getting the hint–” I started to explain.

“The hint?” He smiled sheepishly.

“I’m not ready to date.” I tried to be diplomatic.

“When do you expect to be ready?”

“Okay, then how about a non-date?”

“A casual dinner between friends. I’ll even let you pay half if you want.”

Now don’t let that little excerpt fooll you. Gavin is really cute! The entire plot is fun. Yes, Molly has some serious issues that she is really not dealing with but that’s what is so much fun about this. It’s so real but still so romantic. I didn’t have one moment where I wanted to put this book down. Molly is so real, such an honest character that you can feel the pain she’s going through. I cheered for her from beginning to end, just wanting her to find some happiness in life. She blames herself for everything that goes on around her, but so many of us do! Seeing that in book form is lovely though.

And as depressing as this sounds, this is a real pick me up! And with this being New Adult, the sex scenes were a fade to black sort of thing. You definitely know what’s going on but the details are for the characters only! Alyssa Rose Ivy’s writing is to die for. She is absolutely fabulous at letting you into a character’s life without overwhelming your senses. You can always feel what the characters are feeling and I knew exactly what was going on at each given moment.

Super cute story. Can’t wait to get into Veer and get to know even more about Gavin! And then Jake in the third! I see excitement on the horizon! Definitely recommend this to anyone who loves a story you can sink your teeth into! Yes, it’s romance but it’s so much more also! 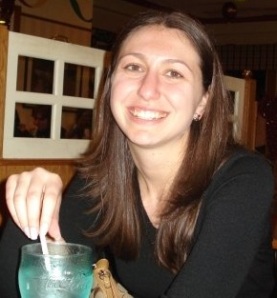 Alyssa Rose Ivy is a Young Adult and New Adult author who loves to weave stories with romance and a southern setting. Although raised in the New York area, she fell in love with the South after moving to New Orleans for college. After years as a perpetual student, she turned back to her creative side and decided to write. She lives in North Carolina with her husband and two young children, and she can usually be found with a cup of coffee in her hand.

Book Review: Time Between Us by Tamara Ireland Stone