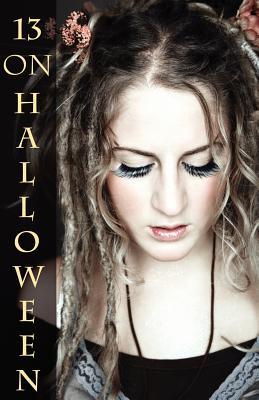 Roxie has the best night of her life until the popular kids decide they want to celebrate her birthday in a way Roxie never expects––in her attic, with a gift that’s out of this world, and a pact to never tell a living soul what happens next.Twelve-year-old Roxie wants to be like Adrianne, the popular girl who gets everything she wants––a flock to prowl around the mall with; invitations to parties; and for Hayden, the cutest guy in the eighth grade to, you know, notice her. When Roxie invites all the eighth grade peacocks (code word : popular kids) to her first ever thirteenth birthday party on Halloween, they all come and give her a gift that’s literally out of this world. Roxie astral projects to Planet Popular where she becomes seventeen instantly and gets everything she’s always wanted, but nothing is as it seems. Being a high school peacock is complicated and Roxie will risk everything to be who she thinks she wants to be. Oh yeah, there’s Prom, doppelgangers, a mysterious map, and lots of bad peacocks too. 13 on Halloween, (Shadow Series #1) is now available as an audiobook on iTunes, Audible or Amazon. Shadow Slayer, book 2 in the series, releases Sept. 18 2012. 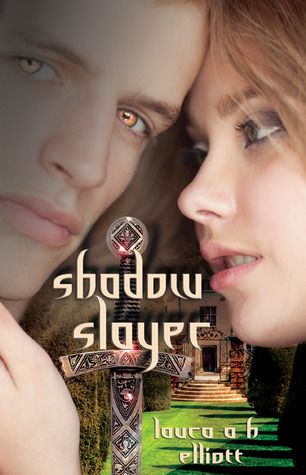 Shadows will do anything to become human. You see their influence everyday. You say things you don’t mean or do things that aren’t like you. You look, different. Friends you’ve known forever suddenly never call.

As a freshman, Roxie just wants to fit in which is impossible because she barely runs into her friends at her huge high school. Adrianne’s disappearance and Hayden’s attention rock Roxie’s world. But nothing rocks it like the most gorgeous guy at school, Drew. And nothing is more important to Roxie than astral projecting back to Planet Popular to solve the mystery of the map. But that changes when Drew invites Roxie to Homecoming. Hayden warns her that something’s wrong. Why would a guy like Drew like Roxie anyway? Drew must want something. Hayden’s right. Drew is…different. Planet Popular was just the beginning. Part of a bigger world, the Shadow World. There’s a war brewing between the world of humans and the world of shadows. When the shadow invasion begins at Roxie’s high school, she’ll not only fight for her life but the lives of her family and friends, when she discovers she’s the Shadow Slayer, the one human who can save Earth from the shadow onslaught. But, Roxie can’t even kill a spider. Oh yeah, there’s an evil English teacher, an enchanted play, a sword of Sandonian steel, a homecoming of horrors, and seven magic words too.

When I first started reading 13 on Halloween I was a little frustrated with the main character’s speech. Roxie just does not speak like a normal person!! Now, I get that she is a teenager and all teenagers either go with the slang in schools or make up something on their own. But Roxie’s slang reached another level entirely. It’s sort of amazing how she takes every person in each incident and creates a vision of the animal that they would fit most. It is interesting but, for me, it also detracted a bit from the story. I did get her peacock references and that was the one she used most but some of the references I had to stop and figure out and it slowed down the story. But I can tell you if you want to read this, just realize she’s just turning 13 when we meet her. It’s a strange vocabulary but it’s definitely more colorful than just running around cursing! And thank goodness for that.

Now, after I got over all of that the actual premise of these stories is really compelling. I found myself wanting to find out more about what was happening in this world around Roxie. Plus the plot is just really interesting, it’s different and the characters are fun to read. Roxie is definitely my favorite and I was happy to see that in book two, Shadow Slayers although she is only a bit older she has learned a lot and has matured a bit. Definitely helped me continue on with the story!

The interesting bit is the shadow world, as Roxie calls it Planet Popular. I don’t want to divulge too much but I can say that although you sort of feel like you’re back in high school, the shadows make it a LOT more interesting and now Roxie has an entire new responsibility! Book one was good but unlike most series, book two got even better! It is really fun to watch Roxie grow and by book two you’re not sure exactly who to trust which is even more fun! I did enjoy both books and I’m glad I stuck with Roxie through her quirks.

Since I love zombies, you guys get a zombie teaser!!

I turn another corner in the labyrinth. Every leaf, every twig, and the grass changes colors. Unnatural colors. I startle at a huge rustle beside me and bite my nails.

Two disembodied arms stick out of the bush next to me. My heart beats hard against my chest. I try to wriggle out of his grip but whoeveritis clamps down on my arms making it hard for me to get any leverage.

“AAAAAHhhhhh!” I scream, writhing back and forth. I fight to free my arms but he’s already wrestled them to my sides. I can’t move. He lifts me a few inches off the ground. I kick and stare at my useless hands and spot the long nails with black nail polish that begin to dig into my skin. There’s a tattoo on each finger. All the same. Stars, I think.

“I want to suck your blood!” he says laughing, lowering me to the ground. As soon as my feet get a little traction I kick and try to run away.

“Ouch! Drew, control your woman!” One of the guys says, a familiar voice. A football player steps out of the bushes. He loosens his grip and places an arm, the size of my thigh, over my shoulders. He marches us out of the labyrinth. I twist around, searching the maze. There’s no sign of the sword, my sword.

Drew doubles over, laughing and the prankster takes my hand and places it in Drew’s. My gaze falls on the spot of fabric where Drew’s boutonniere isn’t. We’re surrounded by a bunch of homecoming zombies. Sixteen-year-old zombies. Their tuxedo coats all ripped and fake-aged with chalk or something. The black make-up around their eyes smudge into their white make up, their faces so pale they kind of glow in the moonlight.

“I know it just sounds so much better than I’d like to eat your brains,” the guy says. “Who’s this tasty morsel?”

“Roxie, this is everyone,” Drew says. In the middle of a circle of homecoming zombies, I immediately breathe easier. “Everyone, this is Roxie,” Drew gives my hand a little squeeze. I sink into his hug, floating my fingers over the spot where his boutonniere should be.

“This is the one, huh?” another guy, smaller than the rest, says. “I’m CeCe.” He kind of scowls as he puts his hands in his pockets and rubs his chin with his shoulder. A little of his undead makeup rubs off on his brown suit coat.

“Hey,” I say. “What’s with the whole Halloween homecoming get up?” It’s all I can manage. I get super shy when I’m around people I don’t know, let alone football players who are years older than me who I barely know. Guys who just tricked me.

“She totally fell for it guys!” Another of the guys says.

“This is Randy,” Drew says, using his whole arm to point him out.

Randy makes like he’s going to run into me and dodges me at the last minute. “May I have this dance?” he says in a made-up English accent. He doesn’t wait for an answer and twirls me around then dips me and says, “I am you know… randy….” with a mischievous smile.

Drew gazes at the ground before he walks over and wraps me in his arms. His lips meet mine in a forceful kiss. “All of that,” he says. It’s like the best date ever, aside from the fact he made me believe I’m a Shadow Slayer and have to save the world.

I love writing about enchanted road trips, shadow worlds, and alien romance while eating lots of popcorn. I live with my hubby and Oso, our aussie shepherd, in our tree house on the central California coast. After twenty-plus years as a freelance graphic designer/animator with clients including E! Entertainment Television and The Los Angeles Times, I crossed over into the world of publishing non-fiction and followed my heart to the world of fiction. Check out my other books at Laurasmagicday.wordpress.com or find me on Facebook or @Laurawriting!