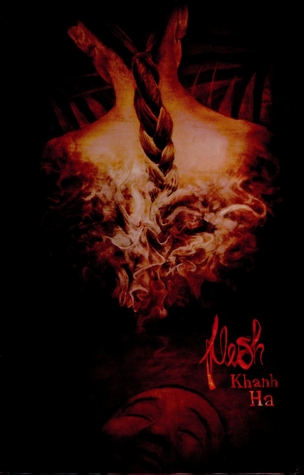 The setting is Tonkin (northern Vietnam) at the turn of the 20th century. A boy, Tai, witnesses the beheading of his father, a notorious bandit, and sets out to recover his head and then to find the man who betrayed his father to the authorities. On this quest, Tai’s entire world will shift. FLESH takes the reader into dark and delightful places in the human condition, places where allies are not always your friends, true love hurts, and your worst enemy may bring you the most comfort. In that emotionally harrowing world, Tai must learn to deal with new responsibilities in his life while at the same time acknowledge his bond, and his resemblance, to a man he barely knew-his father. Through this story of revenge is woven a another story, one of love, but love purchased with the blood of murders Tai commits. A coming-of-age story, but also a love story, the sensuality of the author’s writing style belies the sometimes brutal world he depicts.

Straight off the bat we have a guy talking about a skull, polishing this skull even and as he tells you a little bit about this skull you begin to get intrigued. Page 13 we start to get more into the story and see this man’s father getting his head cut off. Page 13!!! The intrigue doesn’t stop there, one thing after another and you know you as well as the characters in this story are going to be in for something big! Might as well get settled down now.

The plot is really good, as you read above. Something is always going on with the main character and it’s really amazing that this guy lives to tell his story. From large things like getting small pox to such things as running into a group of kids that thing his father’s skull is theirs or hitting a guy on the back of his head with a rock when he thinks it’s the right thing to do.

The characters are just as interesting as the story. The main character and narrator Tai, is the most interesting as of course we are reading about him but he doesn’t shy away from telling us his most base instincts and feelings. He is a remarkable person and makes you want to know more about him and why he wants revenge for his father’s death. He meets so many people along the way and you never really know who is there to hurt or help him.

This is also written during a time of harsh living. As if Tai’s life issues aren’t enough the issues of his environment would bring anyone down. His spirit is what brings him up time and time again and it’s remarkable to see!

I definitely recommend this book, especially if you enjoy historical fiction but also if you enjoy reading about different cultures. The author did a fascinating job and my favorite of all is the use of his writing. It’s nearly lyrical, beautiful and haunting. 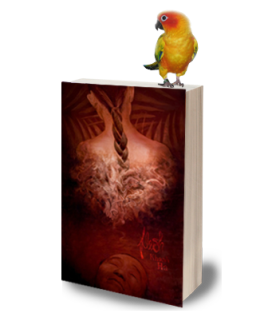 Wanna win a $50 gift card or an autographed copy of Flesh?

About the author: Khanh Ha was born in Hue, the former capital of Vietnam. During his teen years he began writing short stories which won him several awards in the Vietnamese adolescent magazines. He graduated from Ohio University with a bachelor’s degree in Journalism. He is at work on a new novel.

Get Flesh on Amazon or Barnes & Noble.

A Look at Dante’s Inferno

Book Review of Dangerous to Know by Tasha Alexander