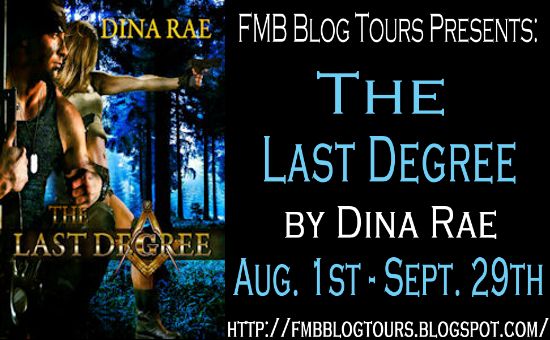 The Last Degree is a fictionalized account of how Freemasons and other secret societies set up the world for takeover. Ancient writings foretell a ‘Shining One’ who emerges as the world’s

prophet. A murder of a Most Worshipful mason resembles a secret oath. A cop gets too close to solving the crime. Paranoid preppers go underground, preparing for war.
Headlines such as the Norway massacre, meltdown of the European Union, unscrupulous media, animal die-offs, Middle Eastern unrest, and U.S. shrinking power make the plot relevant to present day. This book is an ode to Christians, Birthers, 2012ers, Truthers, preppers, and/or other conspiracy junkies who enjoy Dan Brown, Jesse Ventura, Brad Meltzer, Alex Jones, Jerry Jenkins and Tim LaHaye. A sequel to The Last Degree is currently being drafted.

I know, I know, after reading that synopsis you’re probably thinking, Nova, are you crazy!? (I’m not going to answer that by the way!) Yet another book that is focused on politics! Look at that synopsis! Politics AND religion! 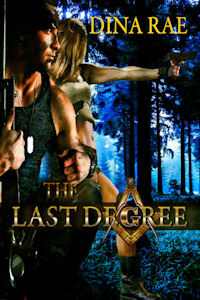 But wait guys, I read this because it sounded interesting. Plus the cover just makes you curious, right? Right! So I decided why not? Worst case scenario I don’t like it. Best case, I love it! Well guess what!? Yet again my instincts won out! This book, although completely filled with politics and conspiracy theories, was seriously good! Seriously! I could not put it down. Just as I was starting to wane something happened to urge me on. The plot was well thought out, I mean holy god, there was so much information in this but was given a bit at a time so as not to overwhelm and the characters were great.

I was caught at the beginning. I mean you guys know I like horror but first page and a guy is getting his throat slit. So ok, I admit, I’m hooked. Then it’s one thing after another and honestly I couldn’t pin point who the bad guys were! I’m screaming in my head, what is going to happen!? 4% left in the book and I still didn’t figure out what was going to happen. It was beautifully done!

Characters, as I said were amazing, but the only downside, there were so many! I mean of course, you can’t take over the world with two people. And the chapters jumped between dates, 1964, 2000, 2012 and B.G. which is Before Globalization. With each jump I had to acclimate to the new jump but this gets easier and easier as you get to know all of these characters. Even with so many it starts to feel intimate and the dates start to all make sense, everything comes together flawlessly.

I have to say Larry is probably my favorite character but there are many great voices in this story. So many that jump out but Larry! Now that guy is something. Intelligent, charismatic and cute, the charm literally oozes off of the page. Eileen is another favorite oh and Anne! Anne is seriously intense.

Fortunately Sept 21st I get to do an author interview with Dina Rae! And I have to say, I can’t wait to learn more about this fabulous book and this great author! Don’t let the synopsis fool you guys, this is a really interesting book. Yes, full of conspiracy theories and politics but so worth your time! You may just want to build a bunker after reading it though!

Dina Rae is a new author that is here to stay.  As a former teacher, she brings an academic element to her work.  Her research on the Yezidi religion and love of art inspired her story telling for Halo of the Damned.

Her other novel, The Last Degree, is a fictionalized account of the Freemason’s role in the New World Order.  Dina’s grandfather was the Most Worshipful of his lodge.  The subject has always held a personal interest.