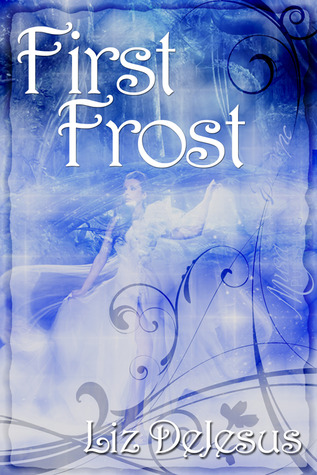 It was several hours before either of them realized what time it was. They had missed dinner and were getting more and more frustrated as time crawled by. Bianca took a quick break and stretched her back. It was beginning to cramp from all the time she had spent hunched over the boxes on the floor. She wiped the sweat off her forehead when she noticed a loose brick on the wall. Bianca squinted as she tried to figure out what it was.

Ming noticed her squinting and gently chided her, “Put your glasses on, Bianca.”

“I don’t like them,” Bianca complained. She had been nearsighted her whole life. It wasn’t until she was eight years old that her mother had realized she couldn’t see things very well. The doctor had called it “low congenital myopia;” Bianca, however, liked to call it “a pain in the butt.”

“Yeah, not gonna happen. Can’t see the point of poking myself in the eye…on purpose…with glass.” Bianca shuddered as she thought of wearing contact lenses. She made a point to leave her glasses at home whenever she could. She hated wearing them; she thought it made her look nerdy. Of course, Rose always carried a spare pair of glasses with her in case Bianca “forgot” them.

“Enough about me, come here and take a look at this.” Bianca pointed at the brick on the wall.

The brick was the exact same color as the others. The only difference was that it was slightly loose. She could tell that it was separated from the others because there was no cement around the edges.

She pulled on the brick until it came out and found a letter resting in the empty space.

I’m afraid if you’ve found this letter, then the worst has happened. I wish we had more time together and more time to prepare you for what’s to come. If you find my journals, they may offer you some advice and further insight to what you may face in the future. They are in the small trunk under my bed.

As for the spell book…you can’t let Lenore have it, no matter what she says or threats she throws at you. She’s a vicious woman and will stop at nothing to get what she wants.

I can’t tell you exactly where it is in case this letter falls into the wrong hands, but I will leave you with a clue so that you know where it is for future generations to come. This is all I can give you right now. Remember that I love you. You are and always will be the greatest joy of my life.

The letter shook in her hands. Her vision blurred as tears pooled in her eyes. A single teardrop splashed onto the letter. The black ink swam inside the little tear as Bianca reread the letter a few more times.

She carefully folded the letter and put it in her back pocket. She wasn’t going to show it to Ming. It was something that was too private to share with anyone…even if she was her best friend.

On a separate piece of paper, there was this sentence.

“Black veins are hidden under the First Frost,” Bianca whispered.

For generations, the Frost family has run the Museum of Magical and Rare Artifacts, handing down guardianship from mother to daughter, always keeping their secrets to “family only.”

Seventeen-year-old Bianca Frost wants none of it, dreaming instead of a career in art or photography or…well, anything except working in the family’s museum. She knows the items in the glass display cases are fakes because, of course, magic doesn’t really exist.

She’s about to find out how wrong she is.

Liz DeJesus was born on the tiny island of Puerto Rico.  She is a novelist and a poet. She has been writing for as long as she was capable of holding a pen. She is the author of the novel Nina (Blu Phi’er Publishing, October 2007), The Jackets (Arte Publico Press, March 31st 2011) and First Frost (Musa Publishing, June 2012). Liz is currently working on a romance novel and the sequel to First Frost.

Doesn’t this sound absolutely fantastic!? I’m lucky enough to get to review this book! Sept 6th!